The Mob Rule of Sugar

Most people will insist, "I'm not addicted to sugar. I can quit eating sugar anytime I want."

Really? Prove it! See if you can go sugar-free for just 5 days! I challenge you!

That's a real eye-opener for most people, because even if they have the determination to attempt such an experiment, most soon find themselves crawling back to the pantry, desperately seeking a soda beverage loaded with high-fructose corn syrup (liquid sugar) to end their withdrawal symptoms.

The truth is, most American consumers are so addicted to sugar that they will deny their addictions in the same way that a heroin or crack addict might. 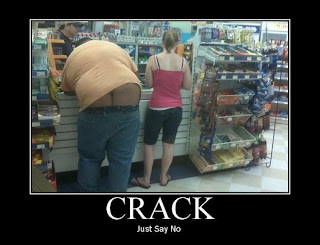 So watch your ass, literally!

When it comes down to it, sugar controls an addicts behavior. If they don't have their sugar in the morning (in their coffee, pancakes and cereals), sugar at lunch (salad dressings, pasta sauce, sodas and fast food) and sugar at dinner (ketchup and BBQ sauce, virtually all restaurant foods), then they suffer serious withdrawal symptoms and go crazy with moodiness and irritability. They start blaming everyone around them for silly things, and they may even become sweaty and light-headed.

Refined white sugar is a pleasure drug! If you don't believe me, just put a spoonful on your tongue and observe the instantaneous effects. You'll experience a warming, comfortable feeling that makes you feel safe and happy. They're not called "comfort foods" by accident.

Sugar is, essentially, a legalized recreational drug that's socially acceptable to consume. And yet, just like other drugs, it can:
The argument that "street drugs are outlawed because they're dangerous to a person's health" falls flat on its face when you consider what sugar does to the human body. It's a lot more dangerous than marijuana, for example, and yet marijuana is illegal to possess or consume.

Isn't it curious how, in modern society, we fight a war against certain drugs (like marijuana & cocaine) yet subsidize others (like sugar)? The difference, of course, is that the sugar industry has a powerful political lobby and is universally abused by virtually the entire population. 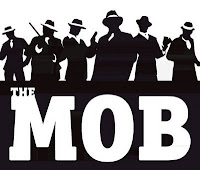 ...and the mob is addicted to sugar!