Appearance Is a Consequence of Fitness

Movement quality should never be sacrificed in order to get a faster workout. In fact, faster workouts should push the boundaries to perfect as many full range of motion (ROM) reps within a specified time period while monitoring and tracking improvements. Partial reps, or "cheating",  isn't going to cut it.

In the health & fitness world, the word 'lazy' is one that I like to categorize with 'complacent' and 'comfortable'. Doing the same things day in, day out, week after week with no change and no challenge. In a quest for constant improvement, we need to break away from the 'comfortable complacency of laziness' that gets ingrained into our minds - which sucks the life out of our good-willed intentions to do more. To do things that require hard work, increased effort, putting some muscle into it, elbow grease, or as I like to say....'intestinal fortitude'!

"Appearance is a Consequence of Fitness" - Mark Twight

This is a quote which has a personal impact and embodies the overall essence of what my training world encompasses. The notion that appearance is the consequence of fitness. 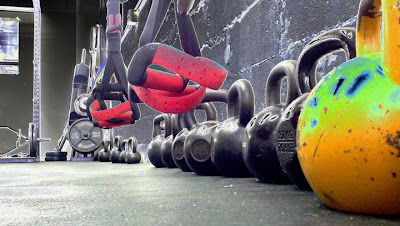 Just think of what someone's appearance would look like by performing "partial reps", better yet someone who doesn't exercise vs. someone who did the opposite and performed high-caliber work at full ROM! Would it be safe to say that one would have increased muscle mass? Lower body fat percentage? How about increased strength & power?

Not too many people will grasp the concept of the quote above. However, it does make sense that a good foundation based on the solid principle of 'true fitness' does lead to good appearance. It's more than just about strength, more muscle mass or low body fat. It's about performance, endurance, power, balance, coordination, speed, agility and quickness.

Fitness is not the end result of appearance, but rather, the other way around!