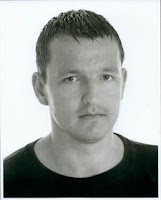 I was talking to Chris Frankel ( a lecturer and PhD candidate at the University of New Mexico) recently about the massive difference in terms of results between a resistance training program and a cardio based program in terms of fat loss, despite calories burned supposedly being equal.

Chris pointed out that most of the ways to quantify caloric burn from weight training and other anaerobic activites are estimates and have significant amount of error built in. On the other hand, it is really straight forward to measure energy expenditure as calories during steady state exercise. The problem has come when we have tried to use that measurement of caloric burn during aerobic work and apply it to resistance training or circuit training. Quite simply - that method of figuring out the calories just doesn't work.

I also read some recent work from the University of Southern Maine that used a more accurate method to estimate caloric burn from weight training than had been used previously.

These researchers pointed out that a weight training circuit burned 71% more calories than originally thought. In fact 8 minutes of weight training burned somewhere between 159 and 231 calories. That's 20-28 calories per minute! And this was a very basic program - not one designed for fat loss - to really maximize caloric burn.

Coaches and trainers have known for years that resistance training is a superior method of exercise in fat loss programs. Up until very recently, we really didn't know why -- as just comparing estimated calories burned did not account for the difference. However - now we know that resistance training burns more calories while you are doing it (using more accurate measurements), and when you factor in any post workout increases in metabolism, and any increases in muscle over 12-16 weeks of the program, the metabolic advantages are even bigger.