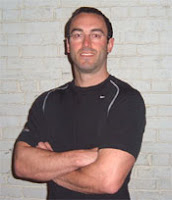 36 healthy untrained men were randomised into a soccer group, a running group and a control group.

Training was performed for 1 hour two or three times per week for 12 weeks; at an average heart rate of 82% of HRmax for both training groups.

The number of capillaries per muscle fibre was also almost 50% higher in the soccer training group than in running. Both groups reduced blood pressure equally.

The researchers concluded that participation in recreational soccer training, has significant beneficial effects on health profile and physical capacity and in some aspects it is superior
to frequent moderate-intensity running.

What does this tell us? Well, think about soccer. The difference is more than adding a ball while running. Soccer (I mean FOOTBALL) is essentially a form of interval training (although the work and recovery periods are randomized - CHAOS training as my friend Robert Dos Remedios calls it). It's also multi-directional, multi-movement (jumping, heading, running, sprinting, kicking, tackling, with contact) and multi-planar.

Basically this study shows that open interval training, using multiple movements and directions is superior for conditioning, muscle building and fat loss when compared to the same intensity of running.

I just wish they'd discovered that watching soccer was just as good.....

By the way, why do they call it "soccer" when it's really FOOT-ball? Played with your feet.....