Should You Stick to the Recipe? 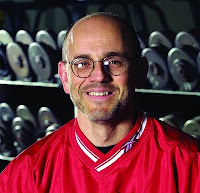 Anyone who knows me knows how much I like analogies. One area that continues to frustrate me is talking to trainers about programming. Often the conversation goes something like this, “I use a little of your stuff, a little of Mark Verstegen’s stuff and mix in a little of …”. In trying to describe how this works or potentially doesn’t work I’ve decided that a food analogy may be the best route. Some people can really cook, others need cookbooks and recipes. Some people write cookbooks, others read cookbooks. Even in the restaurant world, there are cooks and there are chefs. Cooks follow the recipes, chefs create the recipes. Even those who know anything about cooking understand that every ingredient in a recipe has a purpose. You wouldn’t bake and simply leave out flour would you? The key is to figure out if you are a cook or a chef. Here are some basic guidelines.

If you are writing your first program, you are probably a cook. You should find a recipe and follow it exactly.

Think about it this way. If you were making something for the first time would you take two recipes from two different cookbooks and combine them? Would you add ingredients from one of the recipes while subtracting ingredients from the other? If you did this, would you expect the end product to taste good? What if you took two pancake recipes and both called for pancake mix and eggs but, you decided to double up on the pancake mix and simply omit the eggs. The end result would probably be pretty lousy pancakes, correct? What if you said, “I don’t like water, I’ll just put the dry powder in the pan and see if it will cook?” All of this seems foolish doesn’t it.

Unfortunately, when it comes to program design, this is exactly what many coaches do. I have athletes who have trained with me for years and then become coaches themselves. Instead of using the program that was so successful for them, they alter it. Then they email me the program and say “can you look this over?”. Invariably the program is a little of mine and a little of theirs, with maybe a touch of third party. A combination of recipes if you will. Also invariably the program is poor. These are not experienced “chefs” yet they have chosen to alter the recipe to suit their taste. The better choice is to choose a recipe designed by a chef and then do a great job of making the meal. In other words, coach the heck out of the program.

If you have been writing programs for few years, perhaps you are a sous-chef.

The sous-chef is the second in command in the kitchen. Many third and fourth year coaches are sous-chefs. They have developed the ability to alter the recipe without spoiling the meal. They understand that ingredients can be altered but that there should be a plan and it should be followed. The sous chef also understands that the ratio of ingredients matters and that you don’t simply cook to your own taste.

After five years of successful program design, you might now qualify as a chef.

At this point you can contemplate bold changes to the recipe because you have extensive experience “cooking”. Vern Gambetta used to say “it’s OK to break the rules, just make sure you understand the rules first”. After five years you should no longer be looking at a DVD and abandoning your whole program. Chefs don’t abandon their chosen cooking style after watching an episode of Hell’s Kitchen, instead you are now making small changes to what should be a system.

The purpose of the strengthcoach website is found in the saying “give a man a fish and he eats for a day, teach a man to fish and he will eat for a lifetime”. However, what I am beginning to realize is that some readers need more direction. Figure out if you are a cook or a chef. Don’t be afraid to copy if you are a beginner. In fact, I would encourage you to copy rather than to mix. We are adding more programs so that many of you can in fact copy. I have said in previous writings that it is a mistake to copy programs. I guess what I should have said is it is a mistake to blindly copy programs. It is a mistake to copy bad programs. However, it may be very beneficial to copy good programs. I would rather you copy my program than attempt to add bits of my recipe to the recipes of others. If you are not confident yet in your ability to create a program, feel free to copy. I guess cookbooks were created for a reason.

The idea is that eventually we all can become chefs but, we all start out as cooks.