The True Value of a Penny

The following is a story that I recently read and paraphrased from a great book by a very influential and spiritual man and author, Bob Goff, and his book titled 'Love Does: Discover a Secretly Incredible Life in an Ordinary World'.

Many of us are guilty in truly giving others, including ourselves, not enough credit than we should in terms of personal wealth. We're often misled to believe, whether it's by mainstream media, social circles or that 'little voice in your head' that says 'we aren't worthy'.

This is a story that I hope will resonate with you and your wealth of life while giving us the ability to create 'our own rules' and fulfill our hearts with gratitude and more importantly, belief in ourselves!

There was this little boy who would walk to the general store located on the corner of the street in his neighborhood which was a block away from his home. The store had a bell on spring that would ring whenever someone opened the door. On the summer days, the little boy would spend hours in there with the elderly gentleman who owned the place as he was kind soul full of good nature, integrity and always offered a nod of his head and a grin whenever someone entered the store. In this young boy's mind, this man was known to him as "The Candy Keeper", the luckiest man in the world. He reasoned that anytime he wanted, he could take a piece of candy, and he didn't have to pay.

However, the little boy did have to pay if he was to get what we desired. So whenever his father would come home from work, he would dig into his pant pockets to seek any loose change that he could gather. When he thought he'd had enough, he'd walk over to the corner store, walk in and the bell would ring. The elderly would nod and grin as the boy slowly made his way to the counter. As he walked up, he studied the various candy selections as he carefully made his final decision as to what great treat would satisfy his sugary palate. 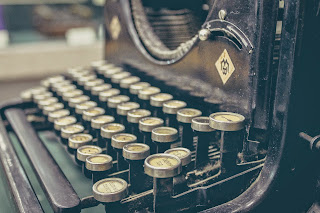 Once he was up at the counter, he’d proudly make his choice and proceed to tell the old man what he’d like to purchase. He’d then dig into his pant pockets and cautiously place his bounty of coins onto the counter. He never knew if he had enough, so he’d stare at the old man in hopes to learn if he had the proper amount of pennies, nickels, dimes and quarters. The old man would gently smile and slowly start counting the coins in a low, gentle voice. As he did, the boy could smell the sweet and delicate scent of pipe tobacco on his vest as the old man would lean over to count his change which gave him a calming sense of trust.

When the old man counted the proper amount of coins, he’d slide the candy bar over to the boy, scoop up the money that was his, and would give the remaining coins back to the boy. It wouldn't be long before the boy would tear open the package of the wondrous treat. Rather than go home, he’d spend the time enjoying every bite in the company of the candy keeper, watching him bag groceries, listening to the small talk conversations with the locals, and learn about the happenings within the neighborhood. This was the young boy’s place of solitude and contentment.

One day when the boy thought he had enough coins, he walked over to the store, made his candy selection, and proceeded to scatter all of his coins onto the counter for the old man to count. He would go about his ritual and start separating the coins into rows like he always did. In the process, he would tell the boy what each coin was worth and ask him to count as they went along. By the time the count reached somewhere around eleven or twelve, the boy would stop counting and let the old man proceed on his own without making him feel bad, guilty or ashamed. When he was done, the boy would stare at the old man and see if he had enough. When he did, he would nod and grin and let him know.

However, on this particular day, the boy noticed a look on the candy keeper’s face that he didn't recognize nor had he ever seen before. When the counting was done, the old man shook his head and squinted. By the look on his face, the boy thought that maybe he didn't have enough!

“We’re one penny short”, the old man said in a sympathetic voice. When you’re young, one penny is a great divide and can make you feel very alone when it’s just you. However, the candy keeper did say “We”, which made it sound as if they were in this together.

"I have an idea", exclaimed the old man. He grabbed one of the pennies and reached for a polishing towel underneath the counter . He then continued to reach for an open can of polishing cream and put a small dab onto the rag.

“I know exactly what you feel like right now.” He grinned at the young boy as he slowly started to rub the penny between his fingers with the rag. “I know how it feels to want something so bad only to fall short in getting it!” The boy was astonished as this was the longest sentence the old man had ever said to him.

“I really love watching over this store and I am appreciative of the people who come in. And I must say, I really love that you come in to see me so much and the time you spend here keeping me company.”

As the old man finished polishing the penny, it went from a dull, grey looking coin into a brilliant, dazzling, shiny bronze color as if it was freshly minted! It looked brand new! AMAZING! The old man took the penny and dropped it onto the counter with the other coins.

“Did you know that shiny pennies are worth DOUBLE in my store?” the old man asked the young boy.

With his spirits being elevated, the boy replied in amazement, “They are?!”

“Yep! Shiny pennies are worth two!” 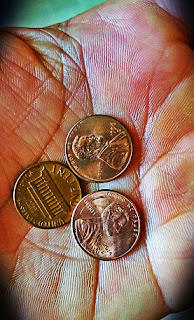 And the young boy believed him. Not because he was an adult and because the boy was young and naive. He believed the old man because of who he was. As we know, words that are spoken by kind people have the ability to endure in our lives for a very, very long time.

We all know that shiny pennies aren't worth two out in the real world. They’re only worth one. In the case of the story above, the old man wasn't intentionally plotting against the boy in terms of understanding math. He just wanted to let the boy know that according to him, shiny pennies are worth two. They might not hold the same value in someone else’s store. But in the candy keeper’s store, that was his rule and that rule was specially made just for that young boy.

It’s been said that if we were to live in a reverse economy, we’d get more in life that we can imagine. If we want more, we need to give more. If we strive to be a leader, we must also follow. You only live for certain things in life only if you’re willing to die for them. In retrospect, if we learned anything from the candy keeper is that we have more power than we think and give ourselves credit for. We also have the power to make our own rules about the life we want and seek while living out the economy that’s in place for us all.

Figuratively, we all get to be to the store/candy keeper and we ultimately get to decide who gets what as well as what things are worth. We must also understand and comprehend that those around us, including ourselves, are worth more than people might think or give credit for - even if it means doing the math differently.

If you think about it, we’re all on the other side of the counter when it comes to the things we need in life – a little help, assistance, humility, grace, gratitude and humbleness……

Maybe even a shiny penny every now and then.